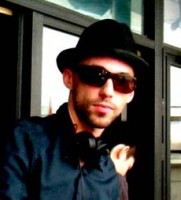 Jacob Unverzagt born in 1977 in Hamburg (Germany), has been passionately pursuing a career as a DJ and artist for more than 15 years.

After having left his foot print in some of the world’s most major music hubs, he has finally found his home in Shanghai. Over the last 3 years Jacob has been working hard building a name for himself, and is now considered a hot commodity in the local music scene.

Jacob’s journey began in 1992 when he discovered the world of multimedia through several film production, music labels and photography internships. This experience combined with his creative spirit and passion for music soon led him to embark on a journey as a DJ.

He took his first step in Hamburg 1992 where he managed to influence the local music movement with his fresh and innovative beats. He then went over to Europe’s most influential music capital, Berlin. There he was welcomed at top rated clubs such as Tresor and Maria. He eventually made it to Berlin’s most exciting musical event, the Love Parade.

Finally, yearning for a change and realizing the potential in the grass roots movement quickly developing in Asia, Jacob decided to base himself in Shanghai.

In 2011 he took over the music & marketing direction of the Panic Room, a Shanghai up and comer. Soon after he took control of Shiva Lounge, considered by many to be Shanghai’s House & Techno Mecca. Under his management direction Shiva has reinvented itself artistically while also maximizing returns. Today he has his weekly radio show “Hot Pot” on Udance radio station. He also creates different kinds of events. Currently he’s the resident DJ for M1NT – Shanghai’s club No.1.